One of the things I tried when I wanted to just start saving was socking away actual bills and coins. 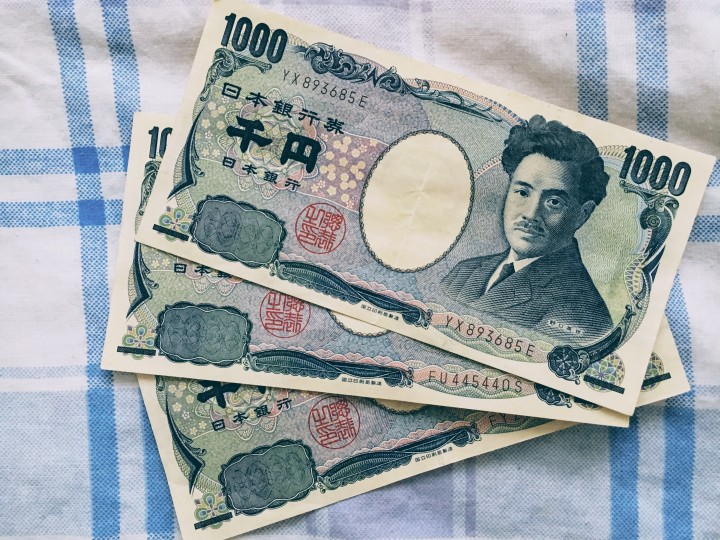 The first step I tried was to save every ¥1000 bill I had in my wallet at the end of the week. Basically, if I had any bills that were ¥1000, I would put it in a canister that I had bought from the 100 yen store. I thought it would be a small step that I can do and that it shouldn’t feel like such a big deal. I was still paying off my student loans, so I couldn’t really save a lot. I just thought I needed to do something, even if it wasn’t that big.

The idea was just to start the habit of saving. If I could introduce it and keep doing it, maybe I’d realize that being consistent with it wasn’t that hard to do. Maybe I wouldn’t miss the money that I wouldn’t be spending. I gave myself one year to try it out. At the end of the first year, I had saved ¥50000 (or about $550. Back then, the yen was so strong, it even reached ¥72 for $1). Not bad, for such a little habit.

The second year I tried it, I only got to ¥20,000. For some reason, the second year was much harder. I think it felt like I was sacrificing too much; giving up that ¥1000 bill at the end of the week was painful. I actually stopped halfway through the year. That was very discouraging. 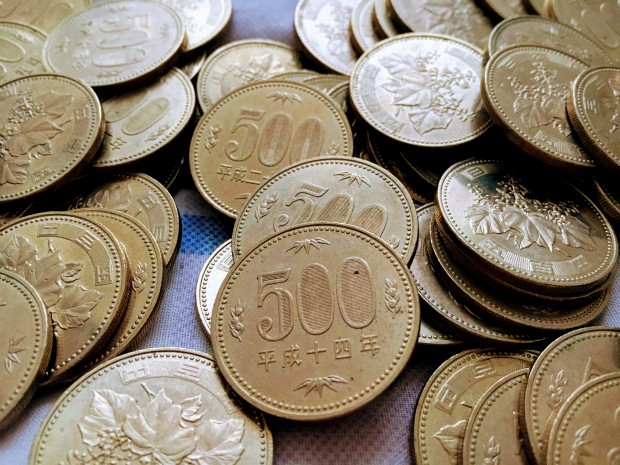 So then I thought, what about coins? In Japan, there is a coin worth ¥500, about five US  dollars. It is the biggest coin in the Japanese currency. They are big, shiny, and gold. They are also heavier than the other coins. Again, I wanted to give myself a year for this experiment, and the idea was to sustain the habit and be more consistent.

I was able to use that money to pay for my roundtrip flight to the US.

It was amazing! I was very surprised that I was able to save that much money. But why was the lesser-value coin easier to save than the higher-value bill? I think the reason why it was so successful was because of the weight.

I walk everywhere because I don’t have a car and I live in a pretty walkable city with a good transportation system. Because I had to carry everything I needed with me for the day in a backpack that always sat on my shoulders, the thought of the extra grams weighing down my wallet made me want to get rid of it as soon as I could. Instead of waiting for the end of the week to save the money, I usually unloaded the coins in the piggy bank whenever I got a chance.

It was also great to deliberately try to collect the coins so that I would have more to save. Every time I was at the cash register, I would try to spend and estimate the total so that I would receive a ¥500 coin as change.

Additionally, part of the reason why I changed to the coins was because of the 2011 Tsunami that hit Tohoku. I knew I needed to keep cash at home in case of emergencies. I figured that if a flood or if a fire it, money in the form of paper bills would easily be destroyed. But with coins, there could be a chance that they would survive a disaster.

However, when I decided I wanted to spend the money on a vacation, it was a lot harder to put it back into a bank account. I was too embarrassed to go to an actual bank teller to deposit it so I decided to use the ATM machines. So when I got the chance, I would haul ¥30,000 worth of coins to the bank and deposit it through the machines. I made several trips to different banks. I didn’t want to overwhelm one bank with so many coins 🙂 It must have been fun to see all that when they did their accounting.

No Time For Pants

How To Save Your Marriage

How To Save Your Marriage